What Are The Benefits Of Vitamin B12? - InlifeHealthCare

Skip to content
Vitamins are necessary for the exact functioning of the human body. Though they are needed in very small quantities, the lack of Vitamins reflects greatly on our health! Your body is not capable of producing vitamins on its own, you, therefore, need to depend on external sources to ensure that the need is fulfilled. Here I will discuss much vitamin b 12 benefits and much more. Vitamin B12 was earlier thought to be just a single vitamin. But it was later found that these are chemically distinct vitamins that co-exist in the same food sources together. The different vitamins coexisting are:

What Is Vitamin B12?

Vitamin B-12 is also called as cobalamin, it is also known as a water-soluble vitamin that plays a key role in complete red blood cell formation, cell metabolism, nerve function and the production of DNA. Food sources of vitamin B12 include poultry, meat, fish and dairy products. Vitamin B12 is also included too few foods and is obtainable as an oral supplement. Vitamin B-12 injections or nasal spray will be guided to treat vitamin B-12 deficiency. Because your body is capable of depositing several years’ worth of vitamin B12, deficiency is infrequent. However, if you accompany a vegetarian or vegan regular diet, you might be prone to deficiency because veggy foods don’t include vitamin B-12. Older adults and people with digestive tract ailments that affect absorption of nutrients also are susceptible to vitamin B-12 deficiency. Left untreated, a vitamin B12 deficiency can lead to anemia, fatigue, muscle weakness, intestinal problems, nerve damage and mood disturbances. The suggested daily amount of vitamin B12 for adults is 2.4 micrograms.

What Are The Benefits Of Vitamin B12?

Though vitamin B12 is consumed in small amounts by the body, it is essential for us to get adequate of this nutrient from the diet. The foods which are rich in vitamin B12 include cereals, eggs, dairy products, meat, seafood, yogurt, turkey, beef, and pork. There are the number of health benefits of Vitamin B12. Here you can know a few common health benefits.

Decreases The Risk Of Pernicious Anemia Vitamin B12 deficiency is not straightly attached to anaemia. Pernicious anaemia is a medical condition where vitamin B12 is not absorbed by the human body properly, resulting in overall ill-effects of deficiency. The common symptoms of pernicious anaemia are –feeling weak, tiredness, numbness and also tingling in hands and feet, and a bright, smooth pinkish tongue. However, with vitamin B12 shots and vitamin B12 supplements, there is a best opportunity that the body can be protected against pernicious anaemia.

Since vitamin B12 is immensely needed for the formulation of RBCs (red blood cells) its deficiency is directly associated with fatigue and overall weakness. Anemia, insomnia, deficiencies in necessary nutrients, thyroid, diabetes, depression, undiagnosed heart disease and lack of exercise are the usual causes for fatigue. Red blood cells are the main elements of blood. Their major task is to transport oxygen to the body’s tissues in exchange for unhealthy carbon dioxide; that is conveyed to and eliminated by the lungs. Several scientific studies suggest that vitamin B12 supplementations are widely utilised as a potential treatment to combat fatigue and also tiredness. Adequate levels of Vitamin B12 are required to lower the levels of a compound generally known as homocysteine that is directly connected to stroke risk and heart attack. With the increasing age, the arteries tend to lose the ability to stretch and vitamin B12 can immensely help maintain the elasticity. It also assists protect our heart from the damaging effects of free oxygen radicals. It also aids prevent the blood vessels from becoming blocked and slow the developmental method of atherosclerosis (hardening of the arteries). According to new research studies, improving dietary intake or supplementation of vitamin B12 combination with essential fatty acids can significantly lessen the possibilities of cardiac disorders and blood clot formation (that are resulting in a stroke). 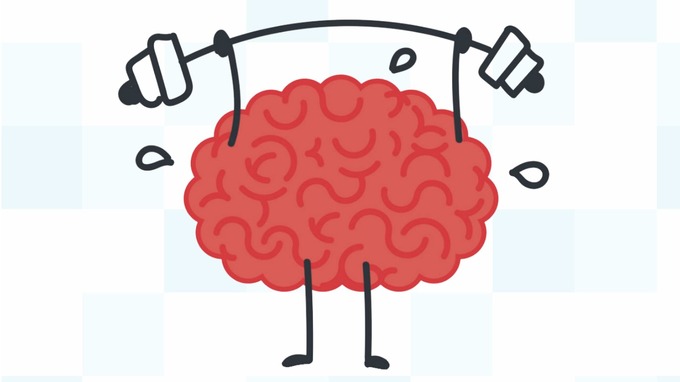 The role of vitamin B12 in cognitive and mental enhancement has been studied extremely and it was found that increased levels of homocysteine (the compound propagated by vitamin B12) are not only connected to heart diseases but also to cognitive impairment or gradual decline in the functions of the brain. Recent research studies have recommended that B12 supplementation can play an immensely important role in improving the signs and symptoms that indicate delirium. Delirium is a serious disturbance in a man’s mental abilities which results in a reduced awareness of one’s environment and confused thinking. The attack of delirium is sudden, often within hours or a few days. Delirium can be traced to one or more contributing factors, such as infection, medication, a severe or chronic medical illness, surgery, alcohol or drug abuse.

Reduces The Incidence Of Birth Defects

Vitamin B12 is immensely important for synthesizing DNA of our cells. Hence with decreased levels of vitamin B12, DNA defects can result. Birth defects are functional or structural abnormalities present at birth that cause mental and physical disability. Birth defects can be caused by problems with chromosomes, genetic problems, or environmental factors. Structural birth defects are mainly related to a problem with body parts such as cleft palate or cleft lip, heart defects such as misshaped or missing valves, abnormal limbs like a club foot, and neural tube defects like spina bifida. The immense importance of vitamin B12 in the human body becomes clearly evident when defects in DNA are expressed as birth defects. Recent scientific Studies have linked vitamin B12 deficiency with a higher risk of Down’s syndrome in neural tube defects (NTD) and children.

Vitamin B12 is widely known for its role in boosting immune function. This function was vividly indicated by a scientific study published in the journal Gut; that assessed the role of vitamin B12 in patients with hepatitis C infection. Hepatitis C is one of the infections of the liver. Jaundice, loss of appetite, stomach pain, fatigue and nausea are the main symptoms of hepatitis C. It’s mainly caused by the hepatitis C virus. Out of 85 patients with HCV infection, the ones who directly received vitamin B12 supplements along with a good treatment for hepatitis C showed an enhanced response rate against the virus after completion of the medical treatment. The main vital response was reported to strengthen by 35 percent. Vitamin B12 also helps protect against cancer. Keeping in mind the important role of vitamin B12 in DNA synthesis and repair, many researchers explored the association between cancer and Vitamin B12. One of them was a study by Slater and colleagues that found that high intake of vitamin B12 along with Vitamin B6 decreased the risk of colon cancer by 25% to 35% in participants having genes that can enhance the risk of cancer in them. 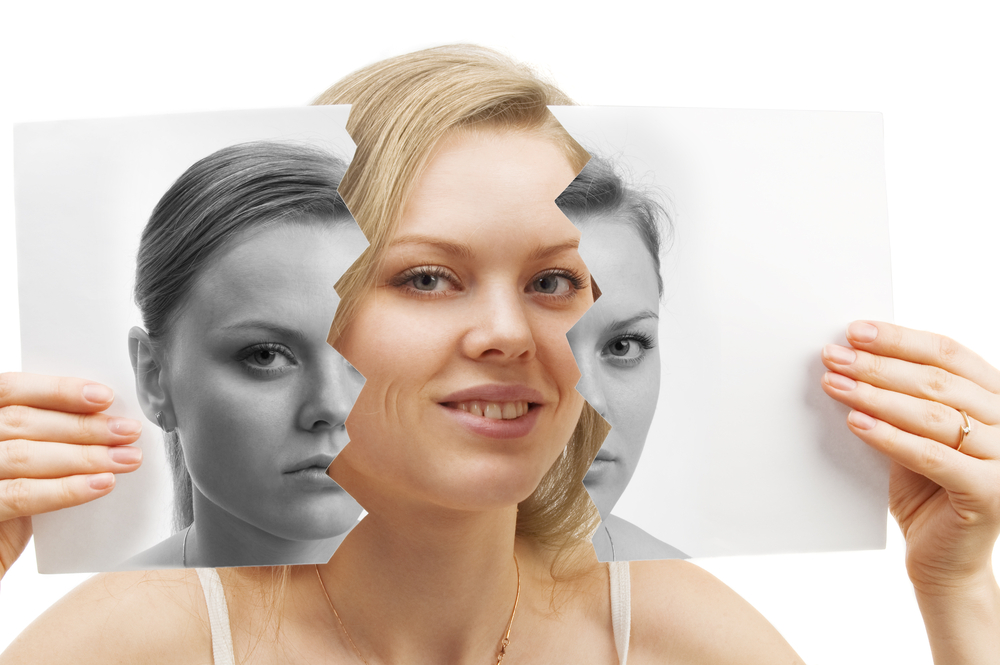 A study by Bolander-Goalie C and Copper A showed that decreased levels of vitamin B12 are also intimately linked to clinical depression and mood disorders. The main reasons for depression include abuse, conflict, certain medications, genetics, death or a loss, personal problems, serious illness and substance abuse. Further, it has also been observed that low levels of B12 interfere with the appropriate response to treatments with antidepressants. The recent scientific studies suggested that the supplementation of vitamin B12 can help improve outcomes in persons with mood disorders.

There is specific evidence that enhanced vitamin B12 levels can prevent Alzheimer’s disease by reducing the levels of homocysteine in the body. The common symptoms of Alzheimer’s disease include confusion, memory loss, challenges in solving simple problems, difficulty in performing tasks, struggling to socialize, misplacing things, drastic changes in personality, difficulty in reading, repetition of words and withdrawal from social activities. A recent scientific study highlighted that with every picomolar enhance in the level of active vitamin B12 decreased the risk Alzheimer’s by three percent.

Scientists have long been researching the intimate relationship between memory loss and low levels of B12 (cobalamin). According to a new scientific study, enough B12 in the diet can help improve memory. A recent study published in an Indian science magazine showed that regular intake of vitamin B12 supplements is closely associated with improvement in mental health scores and completion of the memory tasks in the elderly population (58-75 years) after a period of 2 years.   Vitamin B12 deficiency is very common among older people, persons with stomach or bowel issues or strict vegetarians. The diabetes drug metformin has also been shown to lower vitamin B12 levels. INLIFE Vitamin B12 is a supplement which not only contains Vitamin B12 but also contains other nutrients which help in its absorption like folic acid, alpha lipoic acid, inositol etc Above mentioned benefits will surely you will get with Inlife Vitamin B12 but apart from that you will also be getting below benefits and the reason is its combination and special composition.

What Are The Benefits Of INLIFE Vitamin B12 + ALA?

Vitamin B12 deficiency is very common and most ignored as well as well, hence it is advised to keep checking your vitamin B12 levels once in every 6 months so that you do not end up in complications and problems, also you should know that Vitamin B12 is a water-soluble vitamin and hence most safe vitamins to consumed without a doctor’s prescription as excess will be loose out from the body. There is no reason to wait now book your bottle of vitamin B12 and also would like to inform a pack of 3 is available as well with INLIFE so go grab it before it goes, out of stock. https://www.healthline.com/nutrition/vitamin-b12-benefits https://ods.od.nih.gov/factsheets/VitaminB12-Consumer/