Vitamin B12 ALA Supplement - Regulate Your Nervous System

A supplement with vitamin B12 with ALA contains Alpha Lipoic Acid and Methylcobalamin. Actually, vitamin B12 is water-soluble and plays an important role in fat metabolism, protein and carbohydrates.

This nervous system supplements help in the regeneration process of red blood cell and maintain nervous system in a healthy manner. This vitamin is found in dairy products, fish and meat.

If there is a deficiency in this vitamin, then you can find serious anemia disease in the body. You should take any risk if you find any type of deficiency. You need to control your body and this will lead to a happy life. The symptoms of vitamin B12 deficiency are:

If you observe this type of symptoms, then it is necessary that you consult with an expert and get the best treatment. In the long run, it can be dangerous and you may live an unhealthy life.

The deficiency is found mainly in people who is at the age of 75 and above. To diagnose the deficiency, you need to go through blood tests where the medical expert can understand the deficiency level.

You will find ALA in spinach, potatoes, liver, yeast, and broccoli. To make the medicine, it is also produced in the laboratory. If you suffer pain, burn and diabetes issue, then this ALA is very much needed.

A vitaminB12 supplement with ALA needs doctor’s suggestion before intake. You must consult with the healthcare professional and then take the medicine and get the desired result.

Benefits Of Vitamin B12 ALA Supplement

So, you must know the benefits of the supplement and then go ahead to have this supplement:

Side Effects Of Vitamin B12 ALA Supplement

Then only, you can understand the real problem and find a better solution for having this supplement.

The Dosage Of Vitamin B12 ALA Supplement

You must take 1 supplement after a meal under the guidance of the healthcare professional. This supplement is easily available online. Today, the online market is getting tremendous popularity and there is no second thought.

You can find out the medicine online and it will help you get the packet easily at your home.

You need to click on the product and place the order instantly without any fear. The product will reach to you within a short period of time. It is really helpful and effective.

It is advisable to discuss with your medical expert before you take any step. Always remember “prevention is better than cure.”

What Is The Nervous System?

The nervous system is a combination network of nerves and cells that carry messages to and from the brain and spinal cord to various parts of the body.

It is responsible for organizing all of the body’s activities. It controls not only the maintenance of normal functions but also the body’s ability to cope with emergency situations.

How Did It function In Human Body?

Sensory nerves collect information from inside the body and the outside environment. The nerves then carry the information to a central nervous system (CNS).

Sensory information brought to the CNS is processed and interpreted.

Motor nerves convey information from the CNS to the muscles and the glands of the body.

What Is The Relationship Between Nervous System And Vitamin B12? 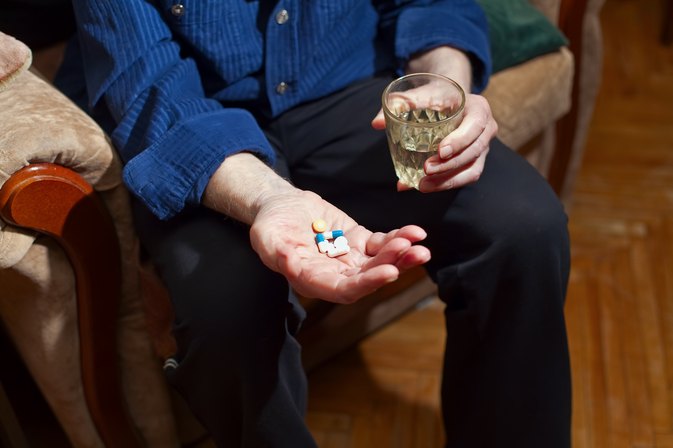 Vitamin B12 is essential for several functions in the human body. Whether it is energy production, body defence mechanisms, or red blood cell formation, the B12 vitamin plays a pivotal role by working in tandem or individually.

It, in particular, has a great impact on neurological health.

These vitamins have particular effects on brain cell functions and their deficiency heads to various neurological and psychological problems.

Vitamin B12 deficiency is not very usual in young adults but older people are more susceptible to this state.

It is an essential vitamin for the proper functioning and improvement of the brain and nerve cells.

It plays an essential role in the subsistence of the sheaths that cover and safeguard the nerves of the central and the peripheral nervous system, ensuring fast and powerful nerve-impulse transmission.

A fatty substance known as myelin is necessary for the formation of these sheaths. Vitamin B12 plays an important role in the synthesis and maintenance of myelin.

The neurological issues caused by vitamin B12 deficiency later in life are due to the injury caused to the myelin sheath.

The actual mechanism by which myelin injury occurs persists unclear. However, two possible mechanisms are proposed:

In addition to stopping so-called pernicious anemia, vitamin B12 or cyanocobalamin is important for the sustenance of myelin (a component of the CNS). Inadequate synthesis of myelin manages to neurological injury.

A vitamin B12 deficiency in early breastfeeding mothers (e.g. those eating a strict vegan diet) can exhibit infants to brain atrophy, myoclonic seizure disorder, microcephaly, and cortical blindness, which may be constant in some cases.

Patients with pernicious anemia may improve loss of cognitive function and even dementia unless they experience supplementary vitamin B12.

Down syndrome patients often have the ability to absorb vitamin B12 and suffer from lowered vitamin B12 status. Treatment of vitamin B12 deficiency is attained by injections and/or use of oral supplements in conjunction with the so-called intrinsic factor (a compound produced by the stomach which aids absorption of B12).

Vitamin B-12 is essential for ridding the body of homocysteine, a substance that is linked with stroke and cardiovascular disease.

Vitamin B-12 also plays a necessary role in maintaining the integrity of the myelin sheath that covers the nerve fibers and permits for proper conduction of nerve impulses.

A paper in the year 1992 called as journal “Annual Review of Nutrition” reports that the elderly are profoundly susceptible to vitamin B-12 deficiency caused by their inability to absorb vitamin B-12.

Decreased stomach acid, common in older people, leads to decreased absorption of vitamin B-12. Deficiency of vitamin B-12 at any age may lead to diseases of the nervous system.

What Are The Neurological Symptoms Of B12 Deficiency?

You may feel strange sensations, numbness, or tingling in the hands, legs, or feet.

What Are The Common Nervous System Diseases?

Alzheimer disease, degenerative brain disorganization that occurs in mid-to-late adulthood. It results in a progressive and invariable decline in memory and a deterioration of various other cognitive abilities.

The disease is characterized by the destruction of nerve cells and neural connections in the cerebral cortex of the brain and by a significant loss of brain mass.

Cerebral palsy, a class of neurological disorders characterized by paralysis happening from abnormal development of or damage to the brain either before birth or during the first years of life.

Epilepsy, a chronic neurological disease characterized by sudden and recurrent seizures which are caused by an absence or abundance of signalling of nerve cells in the brain.

Seizures may involve convulsions, lapses of consciousness, strange movements or sensations in parts of the body, odd behaviours, and emotional disturbances.

Epileptic seizures typically last one to two minutes but can be followed by weakness, confusion, or unresponsiveness.

Stroke, also known as apoplexy, unexpected impairment of brain function resulting either from a large reduction in blood flow to some part of the brain or from intracranial bleeding.

The consequences of stroke may involve transient or lasting paralysis on one or both sides of the body, difficulties in speaking or eating, and a loss of muscular coordination. A stroke may cause cerebral infarctions—dead sections of brain tissue.

Meningitis, inflammation of the meninges, the membranes layering the brain and spinal cord. Meningitis can be caused by several infectious agents, including viruses, fungi, and protozoans, but bacteria provide the most life-threatening forms.

Polio, in full poliomyelitis, also described infantile paralysis, acute viral infectious disorder of the nervous system that usually starts with general symptoms such as fever, headache, nausea, fatigue, and muscle pains and spasms and is sometimes accompanied by a more serious and permanent paralysis of muscles in one or more limbs, the throat, or the chest.

Microcephaly, the congenital condition in which an infant’s head is lesser than the typical size for its age and sex.

A microcephalic individual generally also has a brain of diminished size, though often normal in structure. Microcephaly is rare, usually happening in anywhere from 1 in 10,000 to 1 in 250,000 births globally.

Carpal tunnel syndrome (CTS), the condition of numbness, tingling, or pain in the wrist happened by repetitive flexing or stressing of the fingers or wrist over a lengthy period of time.

Possibly the most obvious repetitive stress injury in the workplace, CTS is frequently associated with the modern office, where the computer has transformed the nature of the work people do with their hands and arms.

Bell palsy, sudden paralysis of the muscles on one side of the face due to dysfunction of the seventh cranial nerve, the facial nerve.

The disorder is named for the Scottish surgeon who first described the function of the facial nerve in 1829.

The facial nerve gives the muscles of movement and expression of the face.

It also has sensory elements that supply taste to the anterior two-thirds of the tongue and sensation in a small area around the ear.

In addition, a small nerve extends to a muscle connected to one of the bones of the middle ear, and autonomic fibres extend to salivary and tear glands.

Concussion, a temporary loss of brain function typically resulting from a relatively slight injury to the brain, not significantly correlated with unconsciousness.

How Long One Can Continue With Vitamin B12 Tablets If Need To Cure The Nervous System Disorders?

You should have been told that by your doctor when they diagnosed your B12 deficiency and asked you to get more vitamin B12 in your diet.

But usually, people with B12 deficiency and the usual resulting nervous disorders may get fresher in 12 weeks.

But remember that this time varies by the disorders.

Hence vitamin B12 proves to be a very crucial micronutrient for nerve health in both the children and the elderly. There are various conditions that may lead to the deficiency of this vitamin.

But if the cause is due to a dietary deficiency, the proper and timely supplementation of this ‘nervous vitamin’ can prevent damage to the nervous system. The vitamin is abundant in animal foods and healthy vegan diets are fortified with this vitamin.

2 thoughts on “Vitamin B12 ALA Supplement: Regulate Your Nervous System”