Endometriosis - What do you know about it? Read more Skip to content

Abdominal pain, heavy periods, painful sex and menstrual cramps – Are they sounding like some of the routine burdens of being a woman? The annoyances and monthly pains around menstruation are a given (at least few are lucky about the pain) and painful sex is (unfortunately) very normal for many women. However, these symptoms are also hallmarked signs of endometriosis. It is a severely painful as well as under-diagnosed medical condition that affects about 10 % of women.

So, what is Endometriosis?

It is a painful and chronic disease affecting an estimated 1 in 10 women. It occurs when tissue similar to that normally found in the endometrium (uterus) begins to grow outside of your uterus. These misplaced growths are called as lesions. It can grow in the fallopian tubes, ovaries, and other areas around your pelvis which may lead to long-term pelvic pain mostly amid or between periods. Also, the pain with sex as well as other painful symptoms.

Most endometriosis is found in the pelvic cavity, including:

Endometriosis isn’t just a result of anything you have or haven’t done. In fact, there are plenty of theories but no one exactly knows why some women get the condition and others do not. The most widely accepted theory is, during menstruation not all the womb lining leaves the body properly. In lieu of some passes back into the pelvic cavity and attaches themselves to the reproductive organs which are known as retrograde menstruation. But, this doesn’t explain all the cases of endometriosis.

Endometriosis mostly affects women who are in their reproductive age. 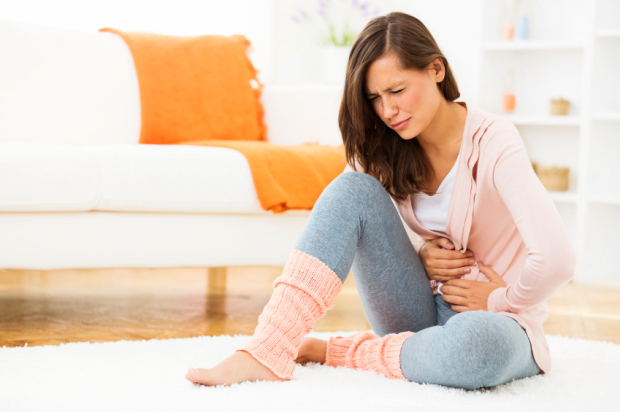 A person may be at greater risk of developing endometriosis if she has risk factors as follows:

Who can get endometriosis?

Is there a cure?

Till today, there is no scientifically proven cure for endometriosis as well as no real notion as to how it forms. The treatment options are often included hormone medication and painkillers. Additionally, the patches of endometriosis tissue can sometimes be surgically removed in order to improve symptoms and fertility.

Even though the chronic condition affects millions of women, it is not often talked about.

How is it treated?

If the patients wish to become pregnant, then doctors are advising to have an unprotected intercourse for 6 months to a year depending on the age and the amount of pain associated with the disease. If pregnancy doesn’t occur within that time, then treatment may be needed further. However, for patients who aren’t seeking to become pregnant the following treatments may include:

It works well if the pain or other symptoms are mild. It ranges from over-the-counter remedies to strong prescription!

This is effective if your areas are small and you have minimal pain. The hormones can come in a pill form or by shot or injection or wise in a nasal spray. Progesterone, Danocrine, birth control pills, and gonadatropin-releasing hormone (GnRH) are the common hormones used to treat endometriosis pain.

Usually, this is the best choice if you have an extensive endometriosis, or if you’ve more severe pain. These treatments range from minor to major procedures. You and your doctor ought to talk about possible options for removing endometriosis even before your surgery. Based on the findings as well as treatment at surgery, you can discuss medical treatment options with your doctor after surgery.

So, yes, it is far more than just terrible periods. Unfortunately, many of the symptoms of Fibromyalgia are also the symptoms of Endometriosis and vice-versa. Most of the women who have Endometriosis aren’t even aware of it. That’s because the painful periods, urinary incontinence, pain during sex, etc are cliché. Well, they aren’t!