Connecting The Dots Between Your Nightmares And Brain Disorders-Blog

Despite being a fairly common occurrence in many people’s lives, nightmares or bad dreams still remain somewhat of a mystery to the psychologists.

Also, it is believed that bad dreams could possibly be an unconscious reflection of stress or trauma that was experienced during waking life or perhaps even be an indicator of physiological and brain disorders such as sleep apnea.

What Is A Nightmare? Some nightmares can also be so intense that a person wakes up in a pool of sweat or with a rapid, pounding heart. However, in other cases, a person may end up crying as a result of their nightmare long after they have been awake.

Experiencing bad dreams every once in a while is relatively common because dreams are considered to be highly random in nature, and something which cannot be controlled.

Most of the people experience nightmare as a common thing and which is relatively on an infrequent basis. But, people who are constantly plagued by nightmares might want to identify some of the potential causes as well as work towards decreasing the intensity, frequency, and their emotional response to those bad dreams.

In most of the cases, it is difficult to pinpoint particular causes of nightmares. Hence, many people believe that they are simply because of the random nature of dreams.

But there could be multiple factors which influence whether someone has bad dreams or not. 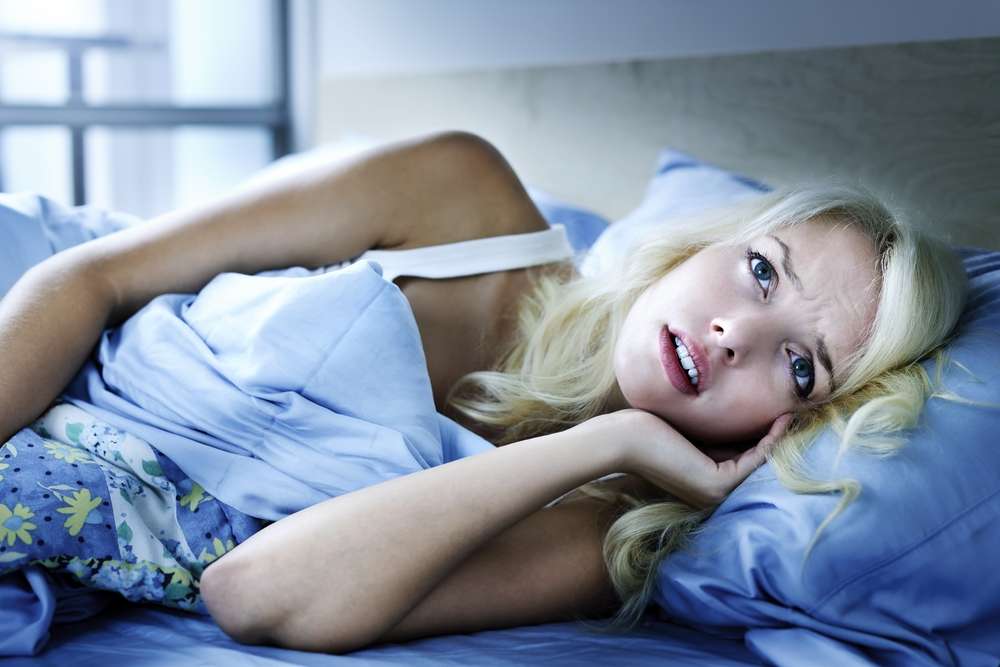 People with high levels of anxiety and depression are more prone to nightmares than others. There tends to be a correlation between nightmares and high-stress levels.

People who suffer from an anxiety or people who are naturally anxious may be more likely to have nightmares.

People who have endured significant brain injuries can be at risk for a variety of conditions. Even though everyone is affected in a different way based on the specific site of their injury and the damage, most of the injuries are associated with negative effects.

A specific result of those effects is poor sleep and nightmares.

There are plenty of brain waves that influence our sleep. Amid sleep, we tend to shift into theta waves as well as delta waves according to the stage of sleep.

It is these brain waves or a combination of brainwave rhythms which could lead a person to experience nightmares or bad dreams.

Most of the drugs alter both brain activity, neurotransmitter levels and nervous system arousal which potentially lead to the situation.

This is known as Rapid Eye Movement” (REM). It is during this stage of sleep that we are known to have vivid dreams.

Few people believe that amid this stage of sleep the brain sends random signals as well as deciphers some sort of story.

It is believed that by reducing the amount of REM sleep, we could decrease nightmares.

What Are The Other Causes?

What Is The Link?

Amid a healthy night’s sleep, a person cycles through light, deep and REM sleep multiple times. Amid REM sleep, the neurons in the brainstem send the signals to your brain’s cerebral cortex which perhaps draw the details for the dream from the parts of your brain that is responsible for thinking, learning, and moving.

Additionally, to the body’s spinal cord, to prevent your muscles from moving.

Also, amid healthy REM sleep, most of the people don’t really move around much, even though some do twitch or talk. Additionally, few people are known to walk in their sleep, and it isn’t a part of REM sleep.

However, this is a part of the deep-sleep cycle, when dreaming does not occur.

In contrast, individuals who have RBD frequently have violent dreams as well as act them out during their REM sleep.

This mostly ends up injuring themselves and anyone who might be sleeping next to them.

It is crucial to realize that nightmares can be caused by a variety of factors. For a person, pinpointing a particular causal factor may be easy.

However, for others, the cause may be more complex like the interplay between a variety of factors.

Comprehending the link between the brain’s unconscious warning signs & neurological disorders could one day better enable neuroscientists and other medical professionals to diagnose brain diseases before they turn serious.

On a stranger note, if further research does indeed prove a link between dreams and developing diseases, it really makes you wonder about the depths of our subconscious and about the link between our minds and bodies.

If these bad dreams are a warning of sorts, what, or who is sending the warning