Whatever may be the ingredients of our food that we cook today like spice, condiment, and beans – the tangy tamarind is a must-have in the list of kitchen essentials in all these forms. Unarguably a palate-pleasing fruit, we shall have to trust this little winner to add a delish flavour to our dishes.

However, the benefits of consuming tamarind can go beyond just being a kitchen staple. It can also be employed in various other forms to rejuvenate and recondition our skin and hair.

There are various styles or forms of tamarind which are available for one’s daily use in a kitchen. This pod-like fruit produced by a tamarind tree contains an edible pulp used in cuisines worldwide.

Some prefer to use either the whole pods or the compressed pulp because they take notice that these forms are more reliably flavorful, and more complex in their flavour than other forms.

This tangy tropical fruit of Tamarind, also known as the “Indian date”, brings an enchanting pucker to marinades, sauces, stir-fries and even refreshing soft drinks. The tamarind leaves are very much used as part of Indian cuisines particularly in the states of Andhra Pradesh and Telangana.

In the West Indies, where tamarind as well grows, it is used customarily in fruit drinks. Tamarind makes for a great secret barbeque sauce and marinade ingredient.

Besides this, the tamarind seed oil which can be extracted from the seeds of the tamarind pods has many uses, especially in the kitchen while cooking.

Thus with respect to its assorted usages, tamarind is cultivated in many tropical and subtropical regions of the world.

What Is Tamarind Oil? 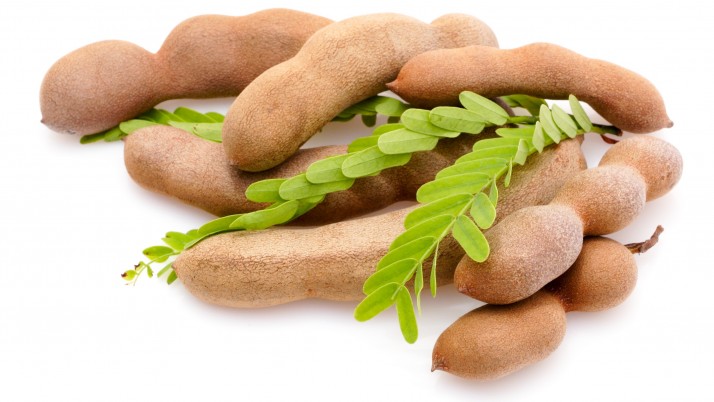 Tamarind seed oil or simply put, Tamarind oil is the oil made from the kernel of tamarind seeds. It is difficult to isolate the kernel disregarding the thin yet tough shell (or testa).

Tamarind kernel powder is also utilised as a sizing material for textile and jute processing and in the manufacture of industrial gums and adhesives. It is again de-oiled to stabilize its colour and odour on storage.

The brown, fleshy pods from Tamarind fruits are fibrous, thick and sticky. Inside they contain a sharp-tasting pulp and several flat shiny brown seeds. Young seeds contain amber, sweet-tasting oil (10 to 15 per cent by weight). It produces much of the high valued food, medicine, wood and construction products.

The amber oil yielded from tamarind seeds or the tamarind (seed) oil is used for illumination and as a varnish preferred especially for coating dolls and idols. The oil is said to be savoury and of culinary quality.

The physico‐chemical properties of the Tamarind seed oil were investigated. The seeds were found to contain a fair amount of oil (16.25%). The oil was found to have high acid and iodine values in comparison with cottonseed oil.

Arachidic, linoleic, stearic, palmitic, oleic, myristic, and lauric were fractionated by gas-liquid chromatography from the tamarind seed oil. Better than 50% of the total acids are unsaturated.

Tamarind is a delightful, sweet, and sour fruit which has great value in terms of both medicinal and culinary purposes. The real nutrition resides inside the pods of the tamarind fruit which is characterised by a sticky, fleshy, juicy pulp.

Because it is both sweet and sour in taste, people either tend to like it immediately or have a natural distaste against it!

To obtain the nutritional benefit in a tamarind, it can be consumed either as a raw fruit, added to desserts once it is fully ripe or can even be air-dried and powdered into a spice. It is often utilised in jams and sauces and is even dried and processed into candies in certain parts of the world.

It is a familiar ingredient in soups and dishes throughout Asia and South America, owing to the added health benefits that this little seed pod contains. It is essential to dig out more detail about the components that make tamarind such a powerful and essential part of one’s diet!

Tamarind is a very worthy commodity in the world on account of its nutritional components. According to the USDA, it dispenses energy and sugar along with all-important nutrients that include potassium, phosphorus, calcium, magnesium, and vitamin C.

It also contains iron, zinc, sodium, niacin, riboflavin, thiamin, folate, and vitamin A & K. There are also a number of organic compounds that make tamarind a powerful antioxidant and anti-inflammatory agent.

Tamarind is also a vital source of tartaric acid, which provides not just a zing to the taste buds but also a powerful antioxidant action, zapping harmful free radicals floating through one’s system. It also provides our body with calcium, copper and pyridoxine.

What Are The Health Benefits Of Tamarind Oil?

The health benefits of tamarind oil have been well-studied and they incorporate its ability to lessen inflammation all through the body, enhance vision, boost respiratory health, heal skin conditions, and improve the digestive system.

The oil also relieves pain, reduces fever, boosts the immune system, lowers cholesterol to better the cardiovascular health, prevents cancer, treats piles, and protects the body against parasites and worms. In detail, the varied health benefits of tamarind oil can be examined below: 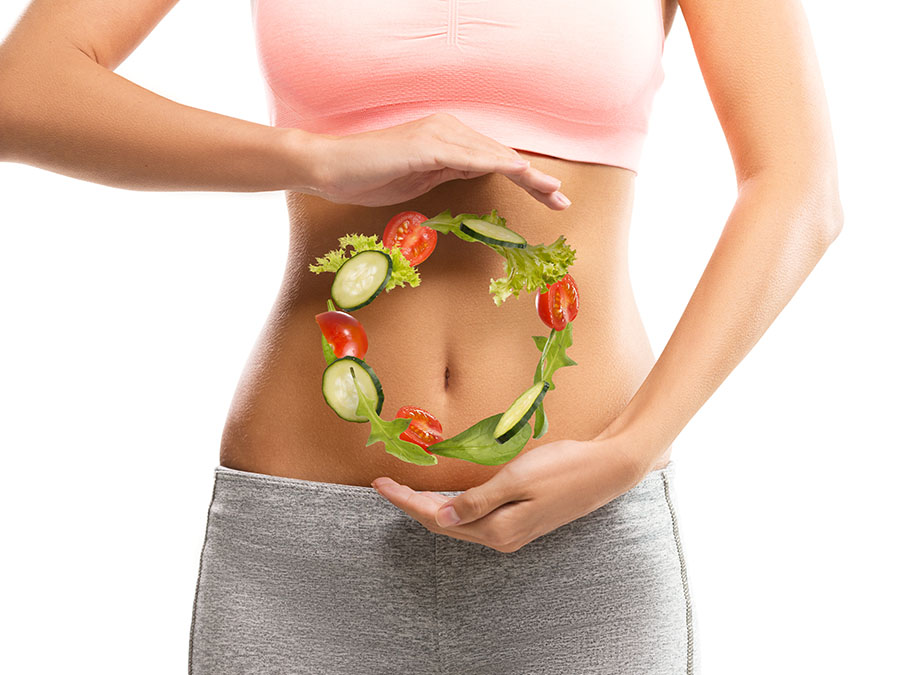 Tamarind oil has been considered a natural laxative for a long time and its dietary fibre content is a major cause for this property.

Consuming tamarind as a fruit or as a spice can build up the efficiency of one’s digestive system, while the fibre can bulk up the stool, making it easily move through the smooth muscles of the intestinal tract.

Tamarind seed oil is also a bilious substance, meaning that it restores the bile activity helping to dissolve food faster as the fibre stimulates gastric juices to speed up digestion.

To put it all together, it means that the things run through the digestive tract faster that makes it a strong laxative if one is suffering from chronic constipation.

Additionally, a study by IIT Kharagpur, India demonstrates that the soluble protein and amino-acid composition of tamarind oil can make it the best digestive natural oil.

A research study published in the Food and Chemical Toxicology journal on tamarind oil have shown it to be effectual in lowering blood pressure and cholesterol.

The fibre content in tamarind has a definite role to play in the reduction of cholesterol since it is known to remove excess LDL cholesterol from the veins and arteries.

The potassium in tamarind oil can be the reason for a reduction in blood pressure as it is known to be a vasodilator that weighs down the stress on the cardiovascular system.

This with an admirable level of vitamin C in tamarind also has added to the effect of the reduction in BP as well as Vitamin C is an antioxidant that is prone to prune the impact of free radicals, the pesky by-products of cellular metabolism which have been linked to heart diseases and several other health conditions. 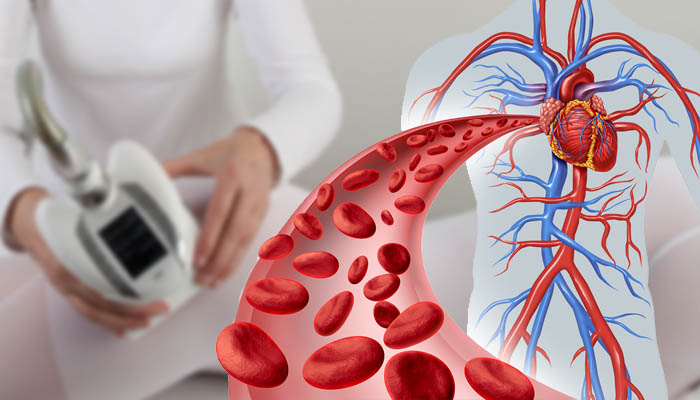 A single serving of tamarind oil can supply more than 10% of one’s daily requirement as it is a fine source of iron and a healthy supply of iron in the body ensures proper red blood cell count in the body, which can further ensure appropriate oxygenation for various muscles and organs to function satisfactorily.

So, in order to keep anaemia at bay, one must have a sizable quota of tamarind oil in their daily diet!

One of the highly significant vitamins in tamarind is the B complex. With Thiamine being an important part of the vitamin B family, is found in ample scale inside tamarind oil.

Thiamine is in charge of improving one’s nerve function, as well as muscle development that helps one to remain active, maintain their reflexes, and stay strong. 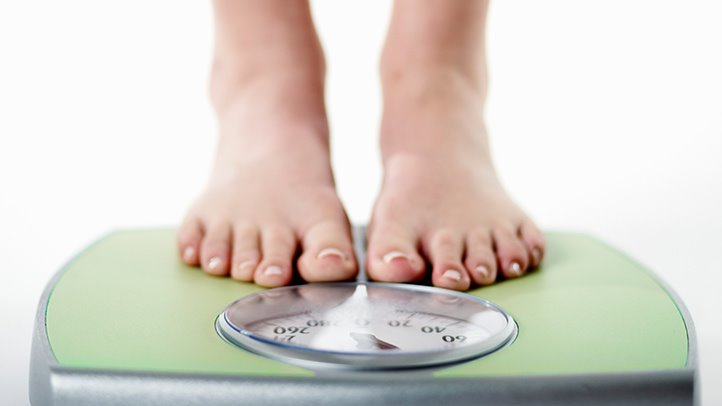 One of the rare compounds that can be taken out from tamarind oil or obtained as a benefit from it when used as a spice is the hydroxy citric acid (HCA). HCA is linked to weight loss since it was shown to obstruct an enzyme in the body that specifically helps in storing fat.

Furthermore, tamarind was known about to suppress one’s appetite by escalating the neurotransmitter serotonin.

Though research is still ongoing in these respective areas and is yet to be confirmed, it already shows promising signs as a weight loss supplement. 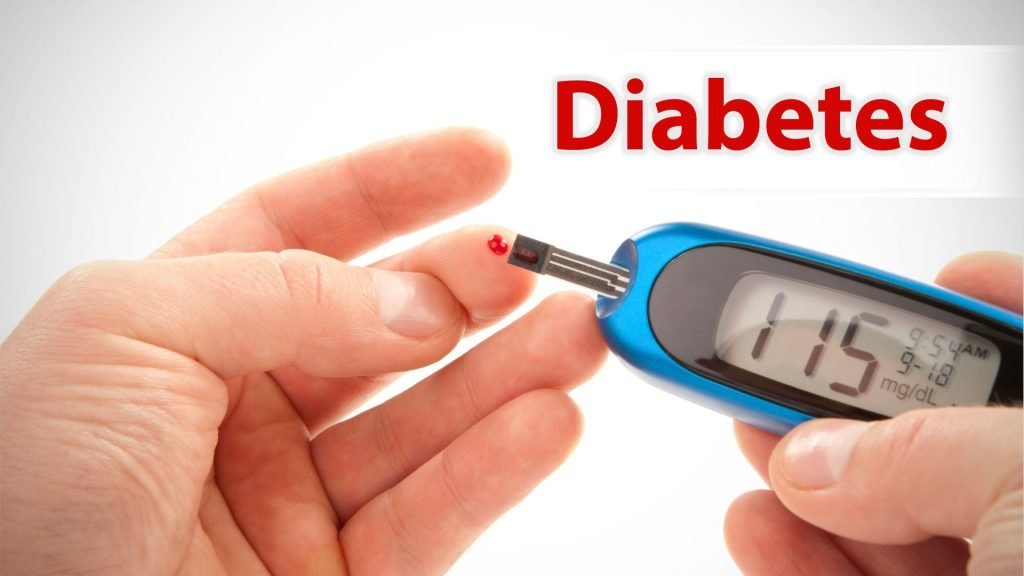 Alongside its power to stop weight gain, tamarind also hinders the enzyme alpha-amylase, which mostly stops carbohydrates from being engrossed.

A carbohydrate-heavy diet can enlarge the chances of uncontrolled glucose and insulin levels, which is a gigantic issue for people undergoing diabetes.

Tamarind can cooperate to monitor and regulate these fluctuations.

As per the study conducted at the Center for Magnesium Education & Research, Hawaii, almost half (48%) of the US population have ingested less than the adequate amount of magnesium, which is the reason for various diseases like type-2 diabetes. Thus, the high magnesium content in tamarind helps to alleviate diabetes to a great extent.

There are several anti-inflammatory and anti-cancer properties found in Lupeol of tamarind according to a study conducted at a University in Madison.

The indispensable oil of tamarind has been affixed to a number of anti-inflammatory abilities that include the reduction of joint pain and inflammation, arthritis, rheumatic conditions, and gout.

It also minimizes eye irritation and one of the most common forms of conjunctivitis, also called pink eye.

The seed oil of tamarind has shown outright soothing and anti-inflammatory ability and is hence utilised as part of many herbal treatments for inflammation.

One of the studies published as part of the Food Science and Technology journal throws light on the strong antioxidant properties of tamarind.

Thus, huge antioxidants, as well as voluminous levels of vitamin C in the essential oils, make tamarind a wonderful way to boost one’s immune system and fortify long-term health, staying away from microbial and fungal diseases.

It even minimizes the prevalence of parasites in one’s body precisely for its antiseptic and antimicrobial effects. It has specifically been associated with eliminating stomach worms in children of tropical areas where tamarind is cultivated.

Does The Tart Fruit Oil Have Side-Effects?

There are some unexpected side-effects borne from the regular intake of tamarind oil despite tamarind being one of the most widely used condiments in South Asian cuisine.

Excessive consumption of this sour oil can cause various awful health issues like a sore throat, diarrhoea, dental erosion, bleeding disorders, etc. Some of the well-known side effects of an overdose of tamarind oil are listed below:

How Is Tamarind Oil Useful?

Though there has been not enough evidence, Tamarind oil can be useful to treat a variety of health symptoms like the following :

Tamarind oil is a vital source of vitamins, fibre,  magnesium, potassium, and other nutrients required to keep good health.

One should try adding tamarind to their daily diet as tamarind has many health benefits that are sure to keep one healthy and improve their overall health.